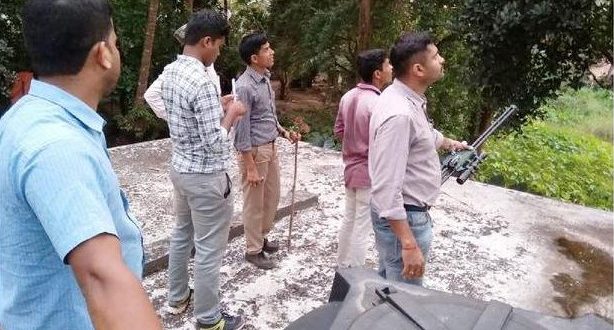 According to the reports, several attacks of the black faced Langoor Monkeys’ in the locality were reported in last few months. “Earlier it was only attacking auto-rickshaws, but then recently it started attacking locals as well” a local was quoted as saying during the operation.

The locals then approached the Assistant Commissioner of Bhatkal and the forest department to resolve the issue, upon receiving the complaint, the forest officials of various Taluka including Bhatkal, Honnavar and Kumta on Saturday conducted a operation to catch hold of those monkeys using nets, cages and other instruments.

Commenting on the matter Assistant Conservators of Forests (ACF) Balachandra while speaking to media said “After complaints of the attacks on locals, measures were taken by the department to resolve the issue. We have called sharp shooters and the operation may continue for few more days. As of now, we haven’t caught hold of any of the monkey yet”.