Bhatkal – 30 August 2011: Bhatkal Qazis today announced the end of holy month of Ramadan and declared Wednesday as the Eid day here in Bhatkal after receiving confirmed reports of moon sighting in Bellary, Gerusoppa and several parts of coastal Karnatakal and Kerala. In Bhatkal also some people spotted the crescent moon at few places including Jamia Mohalla. Soon after the announcement of Eid-ul-Fitr, Takbeer were recited in all mosques and people exchanged Eid greetings.

According to Eidgah Committee sources, due to heavy rain, Eid prayers will be offered in all 8 Juma Masajid at 7:45 am except Madeena and Noor Masjid where the timing is 8:00 am. 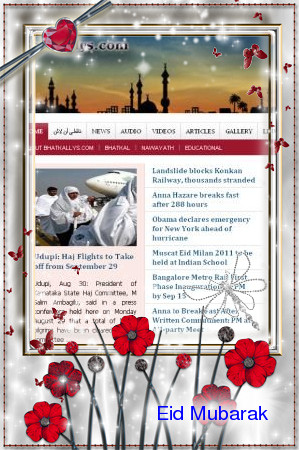 Previous: Udupi: Haj Flights to Take off from September 29
Next: Prime Minister greets nation on Eid