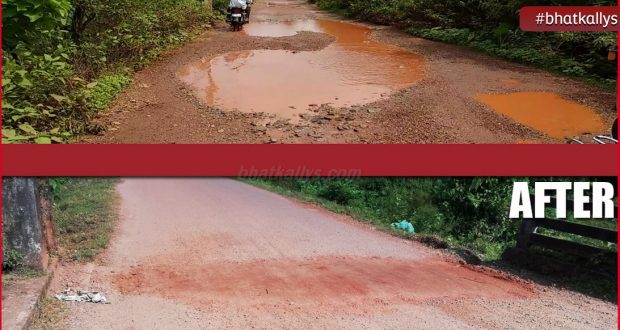 Bhatkal 12 September 2018: (Bhatkallys News Bureau) Bhatkal Town Municipal Council (TMC) on Wednesday laid a red mud coating repair on the infamous Chowtani road in the wake of Ganeshotsava, which has resulted in residents’ anger as their demands of repair of the roads are overlooked and now in the wake of festival, to avoid backlash it has been temporarily repaired.

The road joining downtown with Chowtani locality of Bhatkal has made the headlines of local media reports several times for the poor conditions of road causing inconvenience to the motorists and residents to commute, but hardly has it been of any impact as the conditions of the road remains same for over six years now, except for a few months when the road was relaid before a flood in Chowtani river rearranged it to its state. 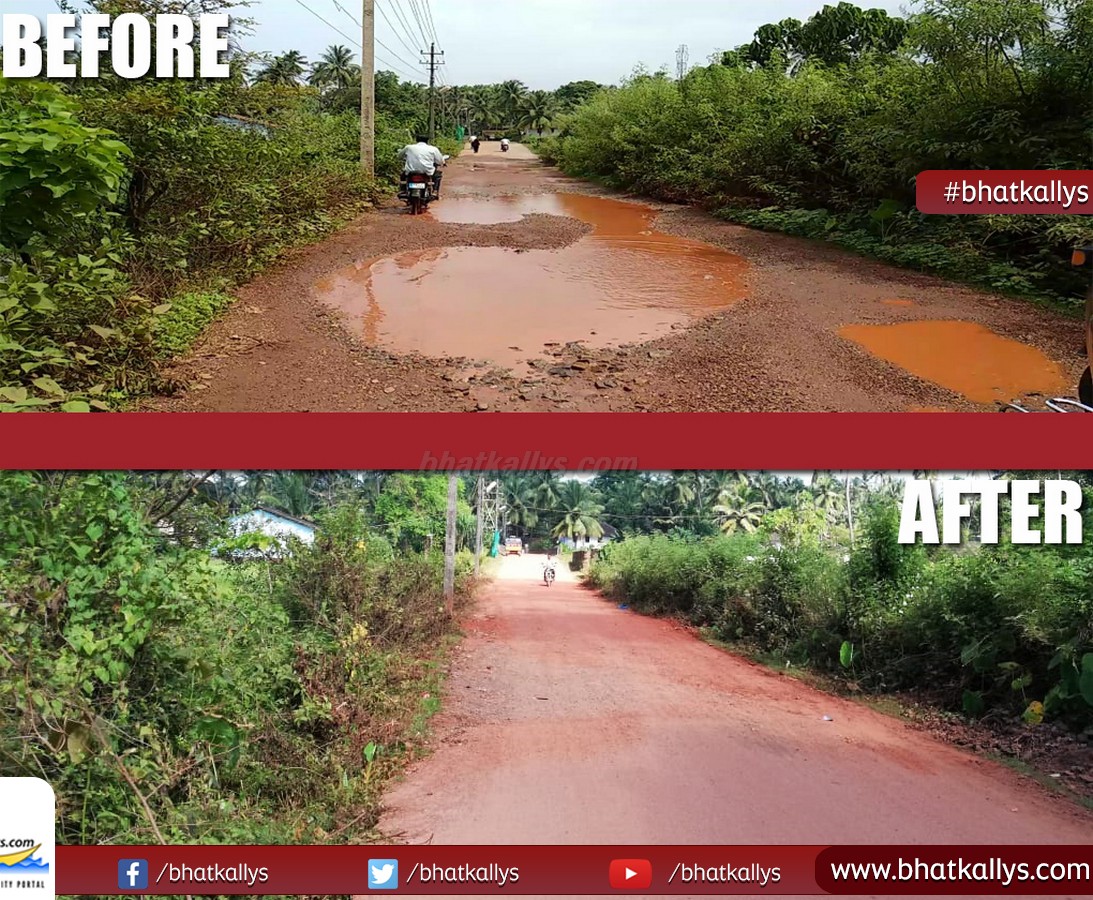 However, a WhatsApp forwarded message earlier in July, by a local social activist had clearly predicted that the roads will be temporarily repaired during the Ganeshotsava, as it has been being repaired every year over the years. The repair comes in the wake of the festival wherein hundreds of devotees will march through it to disperse the Ganesh Idol in the river beside the road.

The residents however are angered by the arrangement of TMC, as their pleas and applications were unheard of by the administration and now that looking at the possibility of backlash from the residents during the festival the interim arrangements have been made.

“We knew this was coming, its the case every year. Nobody cares about the sewage leakage on road rest of the year despite we reminding the administration, but as soon as Ganeshotsava comes, the roads are temporarily repaired, no religious purpose though but because hundreds of devotees march through the road while dispersing the idol. This how worthless our administration has been” adds Sanaullah a resident of Chowtani.

TMC Chief Officer, Venkatesh Navadu earlier in July had assured Bhatkallys.com of relaying the road after monsoon, with the monsoon set to officially end in couple of weeks, It will be interesting to see if the TMC takes a serious look into the matter after the monsoon or this too turns out to be a mere ‘assurance’ by the TMC officials.