Bhatkal – Bhatkal Police paid its last respect to Chandrappa Lamani, a constable who died in an accident while chasing a vehicle today. His dead body arrived in Bhatkal at 6:00 pm from Kundapur where the post-mortem was carried out. In a brief ceremony held at Police Grounds, large number of peoples including Hindus and Muslims & police officials were present. On this occasion, Bhatkal Police presented its last salute to the departed soul and the dead body was send to his native place Haveri with full official honor, where the last rites will be performed. 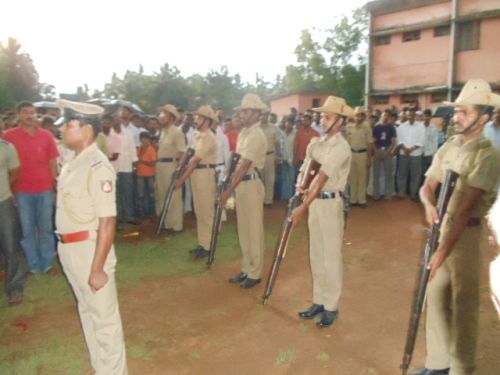