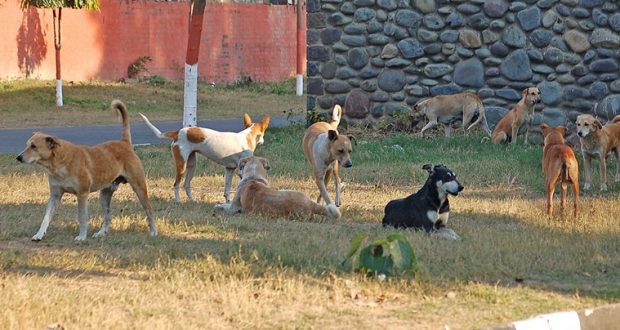 Another stray dog attack reported in Bhatkal, one injured

Bhatkal 15 June 2019: (Bhatkallys News Bureau) In yet another case, a man sleeping near a shop at old bus stand of Bhatkal was attacked and bitten by a stray dog here on Thursday late night.

The victim has been identified as Durgappa Naik, 67, a resident of Mundalli.

Sources added that, when Durgappa was sleeping near a shop at old bus stand of Bhatkal, a dog attacked him and bite his nose and scratched his face.

Soon he was rushed to Government Hospital of Bhatkal and was later shifted to a hospital at Mangaluru.

Similar attacks have been reported from across the Taluka where in multiple people were attacked. An aged woman had also died of such attack recently.