Home / Bhatkal News / Another day, another raid at Gambling spot for Bhatkal police as crackdown continues 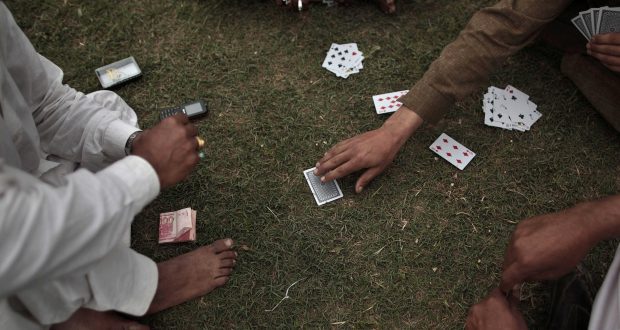 Another day, another raid at Gambling spot for Bhatkal police as crackdown continues

Bhatkal 12 February 2019:(Bhatkallys News Bureau) As the Bhatkal police on Monday raided yet another spot where people were allegedly playing gambling games, Murdeshwar police raided another spot at Sannabasale cross near Beena Vaidya School and detained about five men from the spot.

Working on credible information, Murdeshwar PSI Basavaraj Heroru and his team on Monday evening around 6 pm, conducted a raid at a public place near Sannabasale cross and detained five men who were playing ‘Andar-Bahar’ gambling game there.

A case has been registered at Murdeshwar police station.

Bhatkal police has over the last few months tightened its grip over the gambling spot, every now and then, working on slightest of information and tips, sending clear message to those involved in the activities to put a break onto the illegal games, played on the streets.