Home / Bhatkal News / 15 ft Cobra rescued in Bhatkal; Forest officials claim it to be ‘largest ever found in Taluka’ 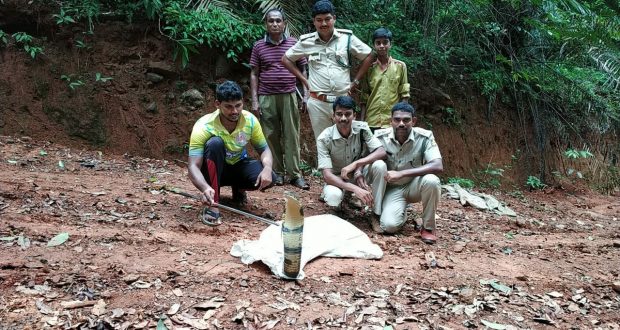 15 ft Cobra rescued in Bhatkal; Forest officials claim it to be ‘largest ever found in Taluka’

Bhatkal 14 October 2018: (Bhatkallys News Bureau) Forest officials of Bhatkal with the help of a local snake rescuer on Saturday rescued a 15 ft cobra and released it into the forest, the reptile was found lying on the road near Kitre bus stop of Marukeri village of Bhatkal taluka.

The Snake which remained movement-less on the road created a panic among the pedestrians.

Frightened by the reptile, the locals then informed the forest officials.

The snake’s size made forest officials to call upon local snake rescuer Naufil Kharuri, for his help who successfully rescued the snake and released it in the forest.

Talking to the Media DFO Ravi S said“The is one among the largest snake that has ever been caught in Bhatkal Taluka”. 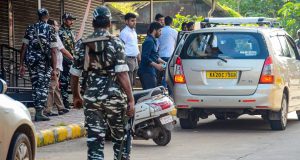 PFI raided: All you need to know about NIA, ED’s pan-India crackdown

The Importance of Data Secureness